A standard midline exposure with a standard infrarenal exposure was performed. 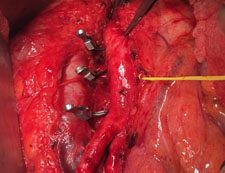 Exposure and Palpation of the Bilateral CIA, EIA, and IIA 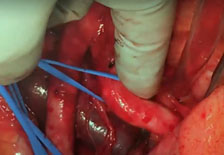 An arteriotomy was created in the aorta and extended proximally to reveal aortic plaque in the aorta. 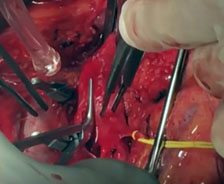 The arteriotomy was extended proximally and distally into the left common iliac artery to remove the lesions in those vessels. 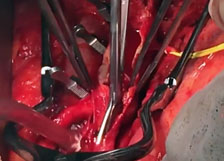 Endarterectomy of the Aorta

An endarterectomy was performed 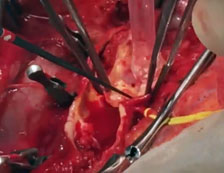 Plaque was transected and removed. 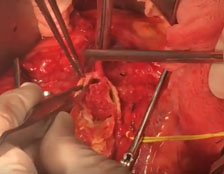 A bovine pericardium was used to create an angioplasty of the artery and stitched using 4-0 Prolene. 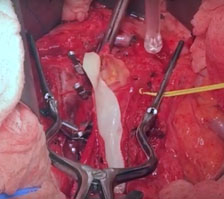 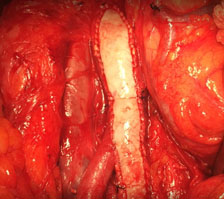